Lisbon, 2 June 2012 – The names of the winners of the public choice award and six ‘Grand Prix’ laureates in the 2012 European Union Prize for Cultural Heritage / Europa Nostra Awards were announced yesterday evening at the Jerónimos Monastery in Lisbon, in the presence of Androulla Vassiliou, European Commissioner for Education, Culture, Multilingualism and Youth, and Plácido Domingo, the world-renowned tenor and President of Europa Nostra. The ceremony was attended by an audience of 1200 people including Aníbal Cavaco Silva, President of Portugal, and Prince Felipe and Princess Letizia of Asturias.

The winner of the public choice award, chosen in an online poll from among the 28 overall laureates for 2012 are the fortifications of Pamplona in Spain. The jury commented: “The restored fortifications are no longer a defensive wall, but a meeting place and a symbol of unity for the citizens and for the town.”

The six Grand Prix winning projects (jury comments below) are for:

Speaking ahead of the ceremony, Commissioner Vassiliou commented: “For 10 years, the EU Prize for Cultural Heritage / Europa Nostra Awards has become the most prestigious of its kind in Europe. I would like to thank all the winners for their energetic commitment to protecting our cultural heritage and Europa Nostra and the juries for their sterling work. The Prize has proven very effective in raising awareness among decision-makers and the public about the value of cultural heritage for European society and the economy and our responsibility for protecting it for future generations. This is why we intend to continue supporting cultural heritage through the Culture programme and the future Creative Europe programme.”

Europa Nostra’s President, Plácido Domingo, added: “Our award winners stand for excellence, for passion and for dedication. They are perfect ambassadors of the power of our ‘Creative Europe’. Europa Nostra and the European Commission are committed to unlocking the full potential of Europe’s cultural and natural heritage. They are the key to social cohesion as well as for sustainable economic growth in Europe.”

All 28 winning projects were honoured during the ceremony in Lisbon.

The 28 winners were selected from among 226 submitted projects from 38 countries. The final choice was made by juries composed of independent experts from across Europe. The winners receive a plaque or trophy. The six ‘Grand Prix’ winners also receive €10,000.

Cultural heritage brings a significant – and often underrated – contribution to growth and job creation. It represents a significant part of the cultural and creative sectors, which provide jobs for 8.5 million people in the EU and contribute up to 4.5% of Europe’s GDP. Spending on conservation of cultural heritage by public and private bodies is worth an estimated €5 billion a year. Figures published by the Organisation for Economic Co-operation and Development (OECD) show that 40% of worldwide international tourism has a cultural dimension. Cultural heritage is also a key resource for sustainable development and social cohesion.

The awards are supported by the Culture programme of the European Union, which has invested €30 million in co-financing heritage projects since 2007. Other EU-funded programmes also provide support in this area: since 2007 the European Regional Development Fund has allocated €3 billion for the protection and preservation of cultural heritage, €2.2 billion for the development of cultural infrastructure and €775 million to support cultural services; a further €150 million has been invested through EU Framework Programmes for Research and Technological Development since 1998. 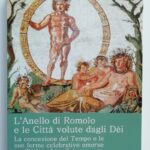 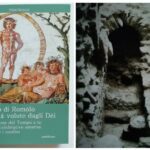 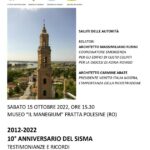 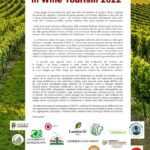